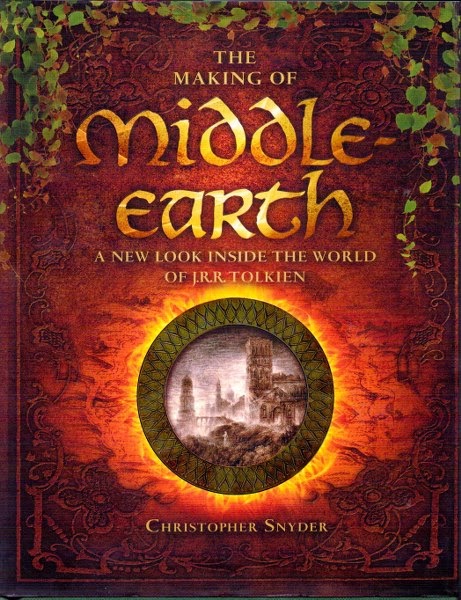 This is another book I finished reading a while back – actually several weeks at this point – but am just now getting around to blogging. It's much more than just a book about Tolkien himself – that's just the first section. Subsequent chapters look at each of his three major works – The Hobbit, The Lord of the Rings, and The Silmarillion, in that, i.e. publication, order – laying great emphasis on the sources and influences in history, legend, and literature that he drew on in constructing “a mythology for England.” I found it thoroughly enthralling. But there is another dimension to this book as well, examining the enormous influence of Tolkien in many other areas, including the various media into which his stories have been adapted and the impact they have had on the whole genre of heroic fantasy. It truly is a near-comprehensive survey of the entirety of “The Tolkien Phenomenon.”
Read more »
Posted by Kent G. Hare at 18:46 No comments:

And Now For Something Completely Different.... 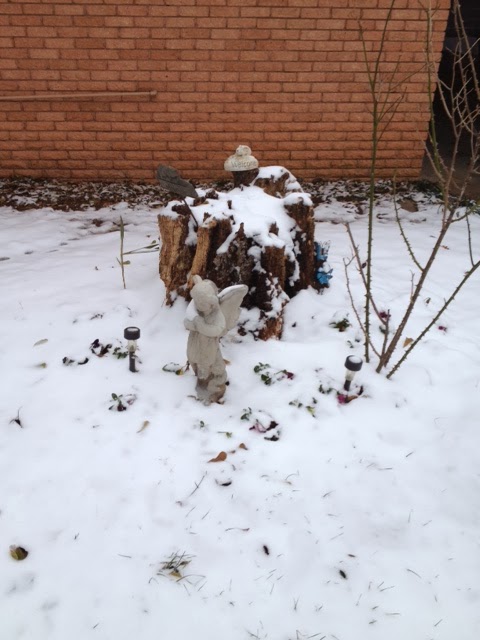 This is something you don't see every day, not at roughly 32degN/93degW in northwestern Louisiana.  And it was pretty much unexpected.  As late as yesterday afternoon, to my knowledge there had been no hint of it coming this way.  But snow it did, like crazy there for a while between about 6 and 8 pm.  And the reaction was about as depicted here: 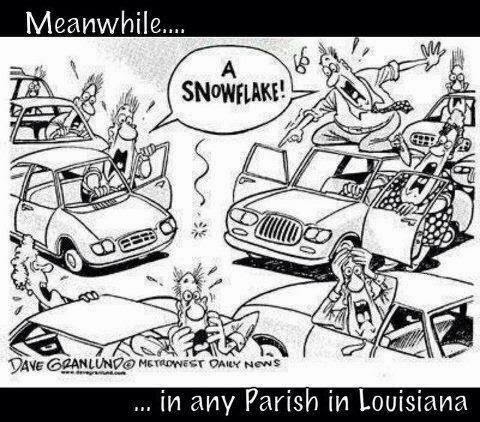 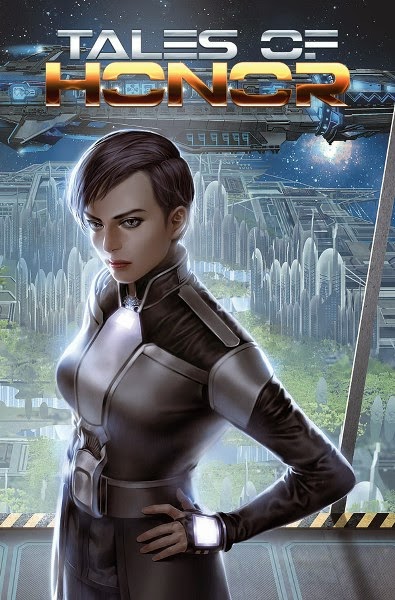 Not really frequenting the rather extensive web pages and fora of author David Weber [link] except during those intermittent periods when I'm reading one of his books, I haven't really been aware that an Honorverse movie was more than remotely in the works. Then my heart leapt in my chest the other day when I was perusing the latest issue of Diamond Distribution's Previews and came upon a solicitation for this:
I am on this! Even some deterioration of the tone on Weber's message boards [link] over the past couple of days from excitement to a degree of rancor that the imagery departs fairly radically in certain ways from the textual descriptions in what has hitherto been solely a prose body of work has not cooled my excitement. I've been wanting to see the adventures of Honor Harrington in live action for the fifteen-plus years since I discovered the series, and it looks like that is indeed the endgame here, but along the way it looks like we could get so much more – a truly multimedia experience. I've never really been into role-playing games (and it's my understanding that some form of those exist already, and have for some years), but I might even check those other dimensions of this initiative out, just for the heck of it – and to show my support. It all kicks off with a comic series that debuts in only a couple of months, and will hopefully blossom from there into something truly magnificent. Only time will tell.
Read more »
Posted by Kent G. Hare at 16:07 No comments: 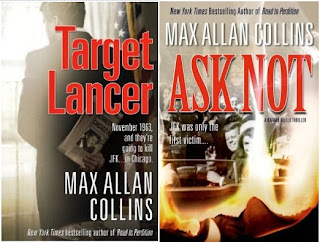 These are the latter two acts in a trilogy that, at least at this time, bookends Collins’ most voluminous body of work, the Nathan Heller Mysteries, which began in the 1980s with “The Frank Nitti Trilogy” (set in the 1930s-1940s) and end, at least for now, with “The JFK Trilogy” (set in the early 1960s).  The opening tale of the latter-day trilogy was, of course, Bye Bye, Baby (2011).  Interestingly, the time displacement between historical setting and publication era has remained about fifty years, although the 1980s-2010s interim has seen publication of various other tales, both novels and short stories, set in more randomly ordered eras between the 1930s and the 1950s….  Collins has been spinning tales in the long career of Chicago detective Nate Heller for an equally long time; I’ve not been reading them nearly so long, only discovering them about a decade ago.  But I have thoroughly enjoyed the entirety of the series (well, except for one novel which inexplicably has remained unread on my bookshelf for several years – for some reason the opening of Damned in Paradise just hasn’t grabbed me the few times I have attempted starting it).