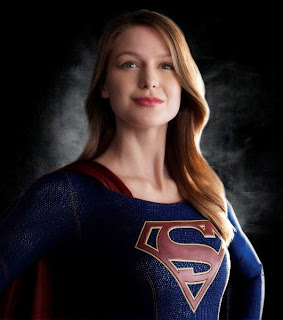 For a brief time last Friday, a "leaked" copy of the pilot episode for the upcoming Supergirl television show that will premier on CBS this November (as I understand it) was pretty widely available on the Internet, including Youtube. It's since been pulled, so that the links simply take you to a statement that the content has been removed at the request of Warner Brothers, but I happened to find it at a time when I had an hour or so to kill, so in a rare lapse I went ahead and viewed it.

Now, exactly why this pilot episode appeared is itself a subject of debate out on the blogosphere, with a substantial body of opinion holding that the "leak" was engineered by the network or the producers themselves in reaction to considerably mixed reactions to the official release of a six-minute preview a week or so earlier, which is still available:

The Flashpoint That Wasn't 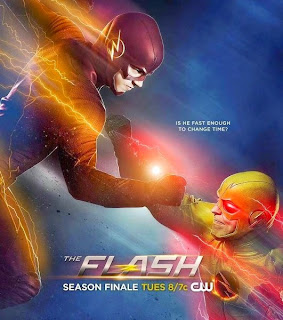 The Flash season finale – which if you’ve not seen it yet, STOP:  BE WARNED – SPOILERS AHEAD  … Should have been called “Flashpoint.”  Because that’s what it was, except that it bypassed the view of the warped universe that was the subject of the miniseries.

What was Flashpoint?  Flashpoint was the 2011 DC miniseries where Barry Allen wakes up in a totally messed up world, one in which he had saved his mother but as a consequence had never become the Flash.  In one changed instant everything about the old Post-Crisis on Infinite Earths DC Universe that had prevailed from 1985 to 2011 (with a couple of tweaks along the way – 1994’s Zero Hour, 2006’s Infinite Crisis) was altered – for the worse.  Sure, Barry Allen’s mother had lived, but he did not become the Flash, and the world was now on the brink of catastrophe, torn by warring factions between unstable super-beings because, to name a few other differences (DC milked it for all it was worth, of course – in addition to the seven-issue main story, there were something like fifteen ancillary three-issue miniseries telling side-stories; I read only the main story and a couple of the side-stories):  Instead of Thomas and Martha Wayne being killed and inspiring Bruce Wayne to eventually become the Batman, Bruce was killed, leading to Thomas becoming a darker, murderous vigilante Batman – and Martha becoming his archenemy, the Joker; the spaceship carrying young Kal-El was discovered by the U.S. military who had raised him secluded away from yellow solar energy; a diplomatic marriage between King Arthur of Atlantis and Princess Diana of Themyscira had been scuttled by an Atlantean assassination of Queen Hippolyta, leading to a global conflagration between the two superpower nations that by now threatened to destroy the world; and so forth.  To make a long story short, Barry eventually does find a way to regain his speed just as an Atlantean-Amazon Armageddon is destroying the Flashpoint Earth, he runs back through time and prevents himself from saving his mother … and the DC Universe is restored – except it isn’t.  It is now different than it had been before.  It was the “New 52” Universe that has prevailed since 2011. (The fact that I have grown to dislike the direction DC is going is beside the (flash)point (sorry, couldn’t help it!) – there were developments that I found increasingly repugnant even before; the New 52 just hastened things along, in my opinion.)