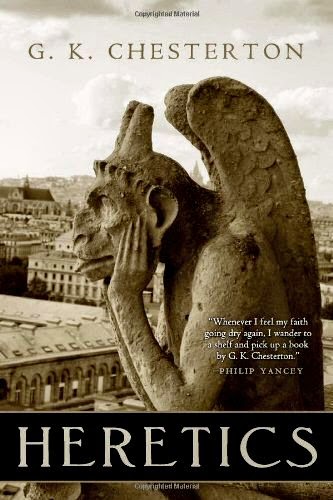 I am even more convinced that this is absolutely required reading as an introduction preceding Chesterton's Orthodoxy. Of course, Chesterton himself says as much in calling the latter book “a companion to 'Heretics,' […] put[ting] the positive side in addition to the negative” (Orthodoxy, “Preface”). I would not, however, characterize Heretics as “negative” in the sense that we usually thing of it, as simply an unrelenting attack on ideologies with which Chesterton disagreed. Rather he presents carefully reasoned and always clever refutations of those ideologies, eloquently demonstrating the limitations and implications of disordered moralities and philosophies that erupted into the 20th century as traditional notions were increasingly turned on their head, old certainties being questioned and rejected, in favor or … what, exactly? – more or less, nothing. Presciently, Chesterton realized the deleterious effects on society that would be wrought by the current advent of relativism, the abolition of the absolute or any accepted societal consensus of right and wrong, of good and evil: 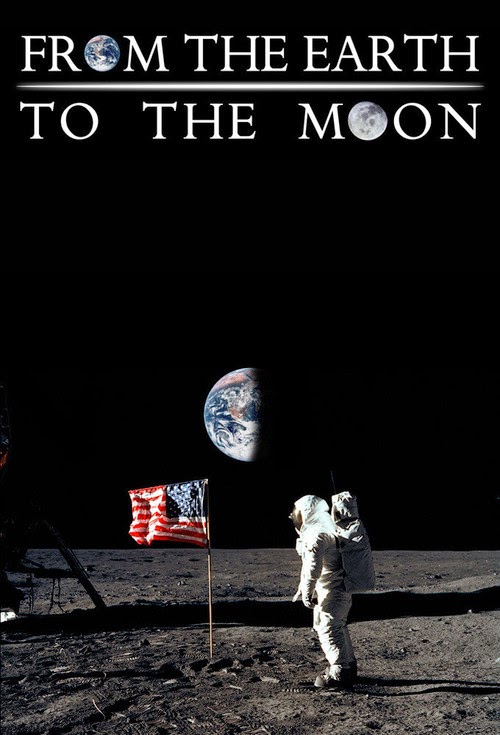 Produced by Ron Howard, Tom Hanks, and others.


Today is the 45th anniversary, to the day of the week, of one of the most vivid memories of my childhood, and – although few really recognize it as such, given how little fanfare it receives each year – one of the most important events of the 20th century, even of human history: When Neil Armstrong stepped off the landing pad of the Apollo 11 Lunar Module Eagle and planted his boot on the ground of another world, the Earth's moon, mankind left his infancy and became a toddler in the perspective of the universe. It's tragic that we barely followed up on that event and, realistically, do not look like we will be taking any further steps any time soon, possibly not even within my lifetime. I hope I'm wrong. I am grateful, however, that I did witness that event with my own eyes, late in the evening of Sunday, 20 July 1969. [LINK]


For my own celebration of this year's “Moon Landing Day,” I finally started watching earlier in the week the HBO miniseries From the Earth to the Moon. In 1998, of course, as a recently minted Ph.D. struggling to secure a tenure-track university position while cobbling together teaching assignments at several different institutions in and around Baton Rouge, I did not have HBO. I still don't, but I picked the DVD set up a couple of years ago. I was actually under the misimpression that From the Earth to the Moon was another product of collaboration between Tom Hanks and Steven Spielberg, done after Band of Brothers and The Pacific. It's obviously not, but it matters not. It is of similarly outstanding quality, telling the story in a docudrama format, varying the storytelling style and perspective in an interesting fashion from episode to episode. I am particularly impressed by the special effects, although I guess if I think about it by the late 1990s CGI had indeed advanced very far. Honestly, they look entirely modern, 2010s-era quality, to me.  My son says I don't have a very discerning eye, though.


Actually, since I typically limit myself to an hour of “summer series” watching, whether via Netflix or DVD, per day – working my way through various series that I've either never seen or not seen in a long time (I set aside my first viewing of HBO's Rome since its initial airing, and for which I benefited from a generous colleague who taped them for me then, after its first season in order to take up with this) – I'm only a few episodes in at this point. I'm hoping that this evening I can monopolize the TV and watch the few episodes I need, back to back, to get to their depiction of Apollo 11 at approximately the right time.